There are various different types of synthesis, and the type of synthesis used by a synth greatly effects the character of the sound it produces. When attempting to re-create a synth patch (such as from a song you hear), it’s crucial that you re-create the sound using a synth that employs the same type of synthesis. Ideally, you want to use the exact same synth you’re trying to emulate, but information regarding the synth used in your reference material isn’t always available. Sometimes you’ll need to try out a few different types of synths until you come across one that can achieve the sound you’re trying to create.

When I get my hands on a new synth, the first thing I do is identify what types of synthesis it performs; this information is usually apparent based on the controls the unit offers. Serum is capable of multiple types of synthesis including subtractive, wavetable, and sample-based synthesis. Identifying the type of synth you’re using will determine how you go about your sound design process, and ultimately shape your workflow.

Subtractive synthesizers generate harmonically-rich partials that are attenuated using a filter; this alters the timbre of the sound. The human voice is a prime example of subtractive sound design. Your vocal cords, or vocal folds, act as an oscillator and your mouth and throat operate as a filter. When you change the shape of your mouth, the frequency response of your filter changes, resulting in an attenuation of frequencies.

Daniel Rothmann has an excellent video tutorial on subtractive synthesis that I highly recommend checking out. It will also review many of the previous sections of this guide including Oscillators, Envelopes, LFOs, and Filters. Additive synthesizers create timbre by adding sine waves together. They generate upper harmonics (in the form of sine waves) based off a fundamental frequency. You can then manipulate each harmonic to change the tone of the overall sound. 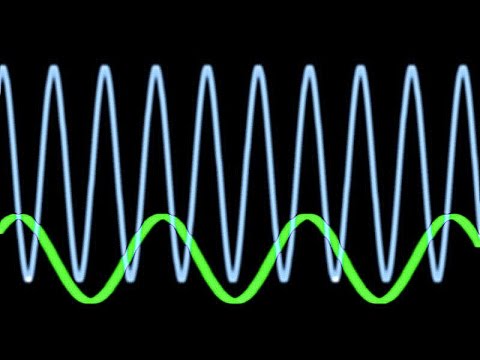 If this makes absolutely no sense to you, that’s ok. Basically, wavetable synthesis allows you to sweep through something known as a wavetable and playback a snapshot of it. A wavetable is essentially a bunch of waveforms squished together. In Serum, the Wavetable Position knob allows you to cycle through these waveform snapshots.

You can use an envelope, LFO, or other forms of modulation to affect the wavetable position. Digital interpolation between adjacent waveforms allows for smooth changes of the timbre of the tone produced. FM (Frequency Modulation) synthesizers use a modulator frequency to change the timbre of a simple waveform (like a sine, square, triangle, or saw) called the carrier. The frequency and amplitude of the modulator affect the frequency of the carrier which can create a vibrato effect.

The oscillators involved in FM synthesis are often referred to as operators. You don’t need to stop with two operators; one being the modulator, and one being the carrier. You can chain together multiple operators, and have them modulating each other in all sorts of ways. FM synths allow you to create incredibly complex routings, making them great for creative sound design.

Andrew Huang has a video on FM synthesis that breaks the concept down using post-it notes and string. Physical modeling synthesizers compute a waveform using a mathematical model that consists of a set of equations and algorithms to simulate a physical sound source. This sound source is often a musical instrument. These types of synths allow you to change specific characteristics of the modeled sound source, such as the material it’s made out of, the velocity at which you hit the material, microphone position, etc.

Slam Academy put out a video that walks through physical modeling synthesis using Collision, which is an instrument found in Ableton Live. If you’re interested in getting your hands on some third-party physically modeled synths, check out the products offered by Applied Acoustics; they helped create Collision in collaboration with Ableton. Sample-based synthesizers use a form of synthesis that’s similar to subtractive synthesis. They differ in that the seed waveforms are sampled sounds or instruments instead of fundamental waveforms like sine, square, triangle, or sawtooth waves.

Sample-based synths typically require less CPU power than other types of synths, such as physical modeling synths, because they use prerecorded samples on your hard drive as opposed to calculating an output signal in real-time. On top of this, they tend to have higher polyphony counts than analog synthesizers because their circuitry doesn’t need to be duplicated to produce more voices.

Multi-sampled instruments often require a large number of samples to operate correctly; this can take up a lot of space on your computer, so it’s usually a good idea to save these instruments on an external hard drive. Make sure to use a high-speed connection like Thunderbolt 3 to ensure that samples load quickly off of your external drive. Granular synthesizers sample a sound source and split the samples into smaller pieces called grains. These grains are typically around 1 to 50 ms in length, can be layered on top of each other, and may play at different speeds, phases, frequencies, etc.

Granular synthesis allows you to speed up or slow down audio independent of pitch. This was quite a unique ability back in the day, but now other devices (typically pitch correction software, such as Melodyne by Celemony) allow you to achieve a similar effect by using methods focused around granulation.

Modular synthesis uses modules (separate hardware components) to generate and process signal. These modules can be connected together using patch cables. Modular synths allow you to join together modules from different manufacturers, as long as they fit within the same case and use the same electrical specifications. This makes modular synthesis a dream come true for synth enthusiasts looking to create custom signal chains.

Semi-modular synthesizers are produced by a single manufacturer and are sold as a single instrument. They don’t give you the ability to swap out modules, and the basic configuration comes pre-wired. The thing that makes these units semi-modular is the ability to connect the included modules in different orders using patch cables.

If you watched the previous video on granular synthesis, you might have noticed the synth being used was actually a collection of smaller components. White Noises was handling a case with 12 modules loaded into it, and he was connecting the modules together using patch cables. The synth he was using a modular synth.

Eurorack synthesis is a specific type of synthesis that’s based on modules that share the same height and various widths. It allows you to buy modules, racks, and cases from different manufacturers and rest assured that they’ll work together. One of the nice things about Eurorack synthesis is that it’s analog (which is always fun) and you can start off with just a couple of modules. When your budget allows for it, you can grow your Eurorack arsenal, and slowly take over your mother’s basement. She’ll love you for it.

Future Music Magazine has a great video on Eurorack modular synthesis. DivKid breaks down the basics of Eurorack synthesis and builds a sound live using his Eurorack gear. He applies many of the concepts covered in this guide, so what he’s talking about should be quite familiar to you.

To get started with your own Eurorack synthesizer, check out Sweetwater’s Eurorack department.